The old Dwellers house is one of the oldest in Bucharest, located on one of the main roads
of medieval Bucharest. Built in the 18th century, the house was situated in the outskirts area.
In 1880, works of modernization and expansion where started on the Șerban Vodă Road
reason for which the main porch was demolished and replaced with a new neoclassic one.
The building was used as a residence until the communist period when it was nationalized
and transformed into a typography and storage space. In 1990, the Ministry of Culture
became the owner of the house through the National Institute of Patrimony. It served as the
headquarters for several public institutions until 2010. After this date the house was closed
and again turned into a storage space. It was reopened In 2016 the place was re-opened to
the public by Calup under the concept of Divan Garden.


The house is destined to become an information centre for the National Institute of Patrimony
and meanwhile it can host different cultural activities. Our intervention started with the
assessment of an image strategy, which could define possible scenarios for the space in
order to promote it as an iconic cultural landmark.
The purpose was to create a brand which could become renowned in the cultural
environment of Bucharest. Even if there were several difficulties, the garden had all the
premises to become an oasis for the hot summer days. The unique architecture and the
Balkan influences inspired us to implement a strategy based on an oriental element: the
divan as a furniture piece but also as a gathering point. 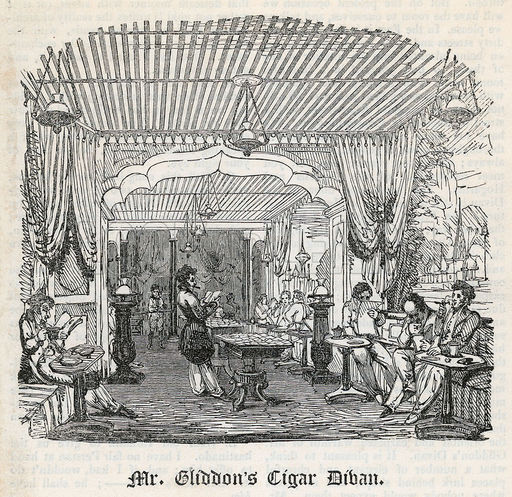 The divan was the main theme of the space set-up and the intervention didn’t affect in any
way the structure of the building. The idea was to open the space with a minimum of effort.
The intervention was implemented through a workshop organised in partnership with
MEDS – Meeting of Design Students under the coordination of Calup. For two weeks, the
participants, divided in teams, developed prototypes which were tested and afterwards built
at a greater scale. Using collaborative and creative efforts, the space was prepared for the
first public event.
Divan Garden was launched as a brand in September 2016 through subsequent Open
House events, becoming in short time a well-known place in Bucharest.

Divan Garden is now a place dedicated to cultural projects, discussions and relaxation.
For the European Days of Patrimony, the Old Dweller’s House opened its doors for the first
public event. For two days, more than 700 people visited the place and enjoyed the last days
of summer in the friendly atmosphere of the house and garden. The visitors were entertained
by the music our guests PARADAIZ, Sașa-Liviu Stoianovici and Captain Midnight. For the
White Night of Galleries, the Garden opened it’s doors again, this time as a call for cultural
projects, dedicated to those who want to use the space for special public events.

Divan Garden
Back to portfolio